3D
Scan The World
1,255 views 70 downloads
Community Prints Add your picture
Be the first to share a picture of this printed object
0 comments

The post-humously portrayed, Count Raimondo de Montecuccoli (1609-1680), was an Italian military commander who also served as general for the Habsburg Monarchy, and was also a prince of the Holy Roman Empire and Neapolitan Duke of Melfi. Occasionally he was abroad as the emissary of the Emperor or the Pope; he was also the head of the military administration and founded the Leopoldina academy of natural sciences in Vienna. 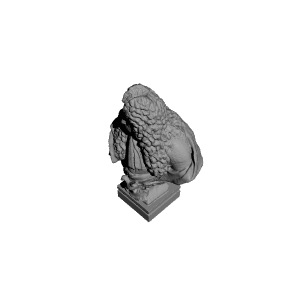