3D
Scan The World
1,338 views 61 downloads
1 collection
Community Prints Add your picture
Be the first to share a picture of this printed object
0 comments

Alexander I, Russian in full Aleksandr Pavlovich, (born December 23 [December 12, Old Style], 1777, St. Petersburg, Russia—died December 1 [November 19], 1825, Taganrog), was an emperor of Russia (1801–25), who alternately fought and befriended Napoleon I during the Napoleonic Wars but who ultimately (1813–15) helped form the coalition that defeated the emperor of the French. He took part in the Congress of Vienna (1814–15), drove for the establishment of the Holy Alliance (1815), and took part in the conferences that followed. 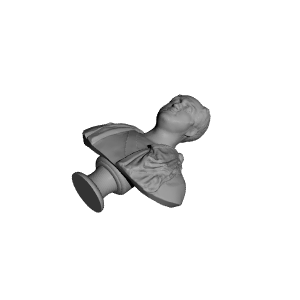