3D
Scan The World
2,804 views 172 downloads
1 collection
Community Prints Add your picture
Be the first to share a picture of this printed object
0 comments

In 1895, Adele Werner participated in the contest for creation of the monument to Emperor Alexander III and received the third prize. Beginning from 1903, Werner made sculptural models following the orders from the Imperial porcelain factory that were further converted in porcelain, biscuit porcelain and terracotta. Author of a large number of genre statuettes, portraits. Worked as a painter as well.

Ther artist studied at the Imperial Academy of Arts (1884-1892). In 1888 and 1890 was awarded with incentive medals and in 1891 she received a small silver medal for the bas-relief "Hercules and Omfala". In 1892, for the program "Susanna" (alabaster) the artist was awarded with a small gold medal and received the title of class artist of the second degree. A. Werner lived and worked in St. Petersburg. 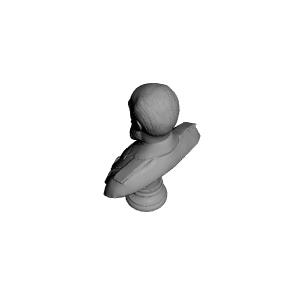