3D
Scan The World
2,191 views 87 downloads
Community Prints Add your picture
Be the first to share a picture of this printed object
0 comments

Alexandra Feodorovna (Russian: Александра Фёдоровна; 6 June 1872 – 17 July 1918) was Empress of Russia as the spouse of Nicholas II,  the last ruler of the Russian Empire. Originally known as Alix of Hesse and by Rhine, she was a granddaughter of Queen Victoria of the UK. Upon being received into the Russian Orthodox Church, she was given the name Alexandra Feodorovna and—having been put to death along with her immediate family while in Bolshevic captivity in 1918—was canonized in 2000 as Saint Alexandra the Passion Bearer.

Mark Antokolsky, the artist, in 1871 started his first "Russian" sculpture, "Ivan the Terrible", which made an enormous impression on all valuators and connoisseurs of art. When Emperor Alexander II saw the sculpture he asked to make its bronze copy and allocated the sculptor advance payment of 4,000 roubles. Pavel Tretyakov ordered a marble copy for his gallery. The funds received enabled the artist to resolve his personal problems. In 1871 (in Vilnius) Antokolski met Jelena (Gene), daughter of a rich Vilnius merchant Judelis Giršovičius Apatovas. The two married on 6 September 1872. 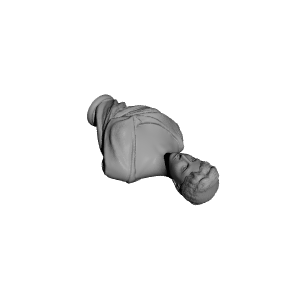