3D
Scan The World
1,628 views 67 downloads
Community Prints Add your picture
Be the first to share a picture of this printed object
0 comments

The potrait without hairstyling, which was carved separately to be attached via a pin, shows the face of Faustina Major, wife of Antoninus Pius. Traces of rough-hewing can be seen at the base of the neck for its insertion into the body. The separate carving of the hair, which was arranged in paarticularly elaborate styles, became a widespread practice between the second and trird centuries. This head is dated throughout the period of Anoninus Pius (AD 138-161). 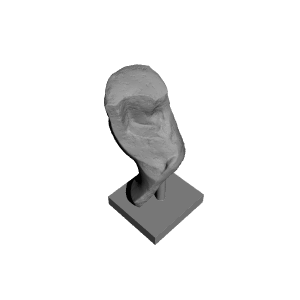