The Head of Julius Caesar (100-44 B.C.) created by a talente 16th century Italian sculptor in the period of Renaissance when artists were highly experienced in imitating ancient portraits. In the end of the 1th century the restorer put the head on the bust presenting a Roman general (with the attributes such as a tunic, armour and paludamentum), a nose was also restored, as well as the chin and part of the left ear.

Up to this moment the majority of sculptures depicting Caesar have been recognized as imitations. Among the 70 portraits which still remain only 20 are considered as the ancient originals. 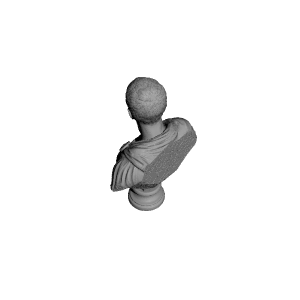 ×
6 collections where you can find Portrait of Julius Caesar at The State Hermitage Museum, St Petersburg by Scan The World
×
Ivan B
@Format3D
1
Printed on: Colido 2.0+
Material: PLA
Posted at: 16th January 2022