3D
Scan The World
1,876 views 66 downloads
Community Prints Add your picture
Be the first to share a picture of this printed object
0 comments

Marie Kalmus was an Estonian sculptor. Until 1902, she had been working as a typist in post-telegraphy and the next 15 years in St Petersburg in the Ministry of Roads. Later she studied singing at the Petrograd Conservatory.

She was forced to give up singing as a result of illness, and began to study sculpture in the studio of the Petrograd Academy of Arts in 1919 in the studio of M. Malyshev. After moving to Tallinn, she studied sculptures under the guidance of Jaan Koort from 1921-1922 at the Tallinn Art Industry School. Between 1923 and 1924, she continued her studies at the Otto Winkler Private Studios in Dresden. From 1926 to 1927, she studied with Rodin's assistant Antoine Bourdelle in Paris and the architect at Lutzansky. She participated to the Paris Autumn Salon exhibition in 1927.

She worked as a freelance artist in Tallinn from 1927, focusing mainly on realistic, precise portraiture.

She was a member of the Estonian Association of Artists since 1932 and participated to domestic art exhibitions during the pre-war years. 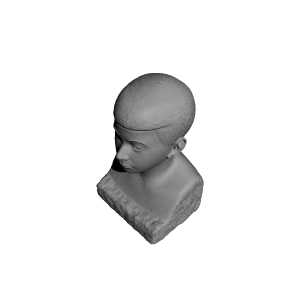