3D
Scan The World
1,498 views 61 downloads
Community Prints Add your picture
Be the first to share a picture of this printed object
0 comments

The figure's identification is controversial. Macrinus was Roman Emperor from 217 to 218. He reigned jointly with his young son Diadumenianus. Macrinus was by origin a Berber from Mauretania Caesariensis. A member of the equestrian class, he became the first emperor who did not hail from the senatorial class and was the first emperor from Mauretania. 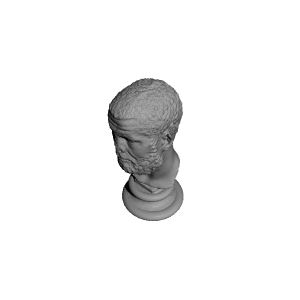