3D
360°
Featured Scan The World
2,682 views 234 downloads
2 collections
Community Prints Add your picture
Be the first to share a picture of this printed object
0 comments

Following the boy emperor Gordian, Philip the Arab’s maturity is emphasised in this portrait. His military character is represented by the close-cropped hair, stubble and creased face, while the far-away look in his eyes shows the aspirational nature of an emperor.

So-called as he was born in Syria of Arabian descent, Philip the Arab spent much of his reign (244-249) engaged in military campaigns to repel invaders, and died in a military coup 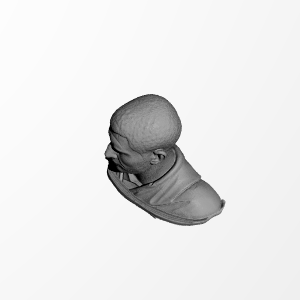