3D
Scan The World
2,315 views 94 downloads
Community Prints Add your picture
Be the first to share a picture of this printed object
0 comments

Golubkina had different studios at different times. The most famous one was located on Bolshoi Levshinsky Pereulok, in a building where, in 1932, the authorities opened the Golubkina Museum, now a part of the Tretyakov Gallery. Her other studio, which has not survived, was located on Krestovozdvizhensky Pereulok - it was there Golubkina created her most important works early in the 20th century. In 1902 Valentin Serov and Sergei Diaghilev visited her there: Serov wanted to show his companion a mantlepiece, titled "Fire", which astonished him. The visit was mentioned in Olga Knipper's letter to Anton Chekhov; she also wrote about the bas-relief for the Moscow Arts Theatre, the piece Golubkina was finishing in 1902.

Golubkina's legacy includes many works connected with Moscow - most of all, portraits of Muscovites, created in different periods: the actress and translator Maria Sredina (1903 and 1904), the architect Anatoly Gunst (1904), the artist Nina Simonovich-Yefimova (1907), the businessman and patron of arts Nikolai Shakhov (1910s, all three in tinted plaster), the collector Genrikh Broccard (1911, tinted wood), the art scholar Alexander Nazarevsky (1911, tinted wood), the famous doctor Grigory Zakharyin (1910, marble, Sechenov Medical Academy, Moscow). One of the first portraits Golubkina accomplished in Moscow was the image of the artist Vasily Perepletchikov (1899, bronze). 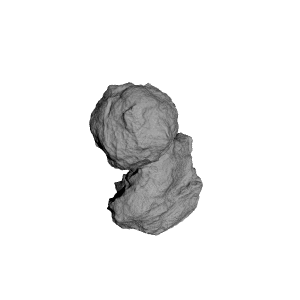