3D
360°
Scan The World
4,986 views 786 downloads
10 collections
Community Prints Add your picture
Be the first to share a picture of this printed object
2 comments

Queen of France before the French Revolution, Marie Antoinette (1755–93) is famous for being overthrown by French revolutionaries and being publicly guillotined following the abolition of the monarchy.

Marie was the 15th child of Francis I, Holy Roman Emperor, and Empress Maria Theresa. Together the couple had 16 children.

Born an archduchess of Austria in 1755, Marie Antoinette spent her childhood in Vienna’s Schönbrunn Palace and Hofburg Palace. Her education was typical of that given to a royal woman of the time, and she learned how to sing, dance and play music. Marie and her siblings would perform for their parents in the evenings at court. Growing up, Marie shared a governess with her elder sister, Maria Carolina, and the sisters remained close for the rest of Marie’s life.

At the age of 14, Marie married the heir to the French throne, Louis-Auguste, Duke of Berry and Dauphin of France, by proxy on 19 April 1770. Together they had four children: Marie Thérèse Charlotte, Louis Joseph, Louis Charles, and Sophie Hélène Béatrice.

In 1756, France and Austria signed the Treaty of Versailles. This treaty promised that both countries would support one another after the outbreak of the Seven Years’ War (1754–63) – a series of battles fought between the strongest powers of Europe over British and French colonies in the US.

Marie, who was not yet 19 years old, became Queen of France when her husband inherited the throne as King Louis XVI. Marie gave birth to the couple’s first child, Marie Thérèse Charlotte, in December 1778.

On 14 October 1793, after months of imprisonment, Marie was put on trial and found guilty of treason. Two days later, at the age of 37, the queen suffered the same fate as her husband and was executed. Marie’s guillotined body was hurled into an unmarked grave in the cemetery of L’église de la Madeleine in Paris.

On 21 September 1792, the Legislative Assembly in France voted for the monarchy to be abolished

The bodies of Louis XVI and Marie were discovered during the restoration of the monarchy in France in the early 19th century. 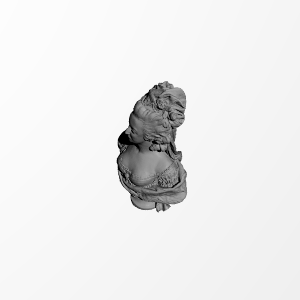