3D
360°
Featured Scan The World
1,893 views 213 downloads
3 collections
Community Prints Add your picture
Be the first to share a picture of this printed object
0 comments

Salonia Matidia was the daughter and only child of Ulpia Marciana and wealthy praetor Gaius Salonius Matidius Patruinus. Her maternal uncle was the Roman emperor Trajan. Trajan had no children and treated her like his daughter. Her father died in 78 CE and Matidia went with her mother to live with Trajan and his wife, Pompeia Plotina.

The work is identified as the "So-called Matidia", meaning the sitter has not formally been confirmed. With this said, it is conformed that she is a member of the "Ulpic Emperor Genus" - Bernoulli. 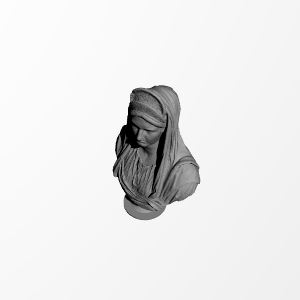