3D
Scan The World
1,864 views 71 downloads
Community Prints Add your picture
Be the first to share a picture of this printed object
0 comments

Olimpia Maidalchini Pamphilj (26 May 1591 – 27 September 1657), (also spelled Pamphili and known as Donna Olimpia or Olimpia Pamphili), was the sister-in-law of Pope Innocent X (Pamphili). She rose to prominence as one of the most powerful women in Rome of her era and influenced foreign and domestic papal policy as well as several papal conclaves.

Maidalchini's reputation can be seen in her unflattering bust by Alessandro Algardi (circa 1650), currently in the Doria Pamphili Gallery. Maidalchini was notorious for guarding access to Pope Innocent X, and utilizing it to her own financial benefit. Her wired widow's hood in the bust was interpreted by Ann Sutherland as a jab at the fact that neither Maidalchini nor her family provided for the burial of Innocent X after his death in 1655, which was paid for by Innocent X's former butler. 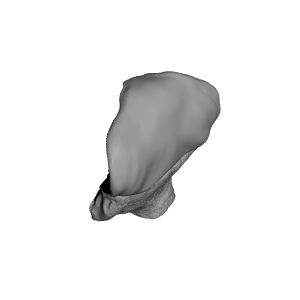 ×
0 collections where you can find Portrait of Olimpia Maidalchini Pamphilj at The State Hermitage Museum, St Petersburg by Scan The World