3D
Scan The World
2,175 views 109 downloads
Community Prints Add your picture
Be the first to share a picture of this printed object
0 comments

Chesterfield was a shrewd politician, noted for his fine oratory (which he modelled on his beloved Cicero), a caustic and untiring opponent of SIr Robert Walpoe, and an enlightened Lord Lieutenant of Ireland. A patron of literature who offended Dr Johnson, Chesterfield was an ardent Francophile and an intimate friend of the philosopher Montesquieu as erll as Alexander Pope. An urbane man iof the world, his stoic philosophy of lige and belief in the cultivation of the graces are enshrined in the celebrated Letters to his Son, publiched after his death.

This sculpture is by Louis Francois Roubiliac (1702-62) 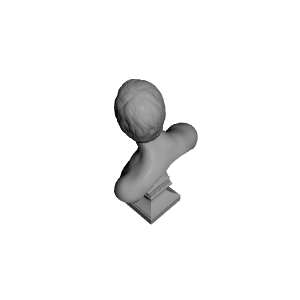