Portrait of Piero (I) de' Medici

Portrait of Piero (I) de' Medici

Piero di Medici, nicknamed 'the Gouty', was the father of Lorenzo the Magnificent, and unofficial ruler of Florence from 1464 to 1469. The Latin inscription on the bust records that Piero was portrayed at the age of 37. The diamond rings on the borders of his tunic are a Medici device, symbolising strength and fidelity. The bust's original location may have been the Medici Palace in Florence, since a bust of Piero is recorded in the 1492 inventory. Portraits of great figures of the Florentine renaissance, both patrons and scholars, were much admired in Britain in the 19th century, since they symbolised the vibrant intellectual and cultural climate of the city during the quattrocento. 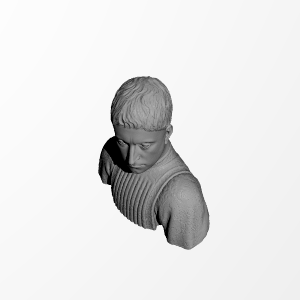