3D
Scan The World
1,279 views 51 downloads
Community Prints Add your picture
Be the first to share a picture of this printed object
0 comments

This portrait is considered a likeness of Pittacus, an aristocrat from Mytilene,a  city on the Greek island of Lesbos. In antiquity Pittacus, who lived in the 6th century B, was included among the Seven Wise Men. This work is a 2nd century AD copy of an original portrait statue of the second half of the 4th century BC, erected in Greece in honour of Pittacus. 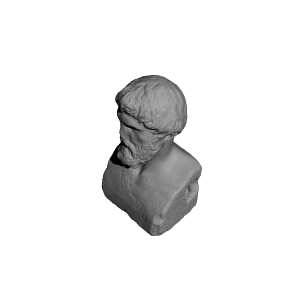