3D
Scan The World
1,516 views 94 downloads
Community Prints Add your picture
Be the first to share a picture of this printed object
0 comments

This is a portrait of Pope Alexander VI (1431-1503), who was one of the most controversial Renaissance popes, as he admitted being a father to several children from his mistresses.

The sculpture beautifully shows the detail in the official robe and it was partially damaged during the Second World War. 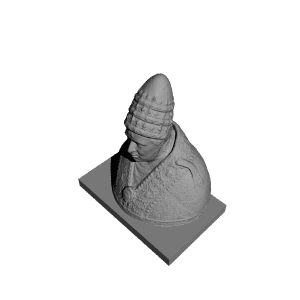