Portrait of Ptolemy II or III

Portrait of Ptolemy II or III

This portrait head depicts either Ptolemy II or III, sculpted between 250-220 BC.

Ptolemy II Philadelphus was the king of Ptolemaic Egypt from 283 to 246 BCE. He was the son of Ptolemy I Soter, the Macedonian Greek general of Alexander the Great who founded the Ptolemaic Kingdom after the death of Alexander, and queen Berenice I, originally from Macedon in northern Greece.

During Ptolemy II's reign, the material and literary splendour of the Alexandrian court was at its height. He promoted the Museum and Library of Alexandria. He erected a commemorative stele, the Great Mendes Stela. He also led the Ptolemaic Kingdom against the rival Seleucid Empire in the first of a series of Syrian Wars that witnessed periodic territorial changes between the two powers in West Asia. 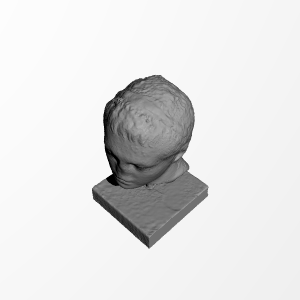