3D
Scan The World
5,122 views 416 downloads
2 collections
Community Prints Add your picture
Be the first to share a picture of this printed object
2 comments

In 2004 Zurab Tsereteli, the artist, he unveiled a five-meter high statue of Vladimir Putin posing in judo gear, but rather than the acclamation he was surely expecting after two years of work, it was met with withering Kremlin commentary. “We did not expect such a well-known and successful artist to do such things. He should know better than anyone else that President Putin is extremely negative about such things. We are sure that this work will not be displayed anywhere but in the palace of the sculptor’s house,” stated official Kremlin sources.

The Russian Academy of Arts has its headquarters on Ulitsa Prechistenka and it incorporates an art gallery which, apart from some ancient Roman and Greek statues, is dedicated to the work of the academy's current president - the controversial artist Zurab Tsereteli.  The work of Tsereteli includes statues of well-known figures from Russian politics, Russian culture. and various tsars.  Highlights include Vladimir Putin in his judo robe, former mayor of Moscow Yuri Luzhkov as a street cleaner and the last imperial family, all with their eyes closed.  Also featured are images and statues on the theme of Tsereteli's native Georgia and a massive apple whose interior is decorated with erotic scenes. 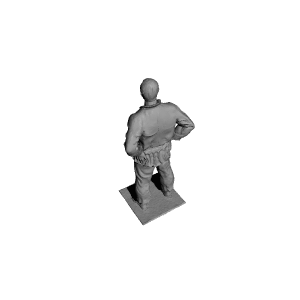