3D
Scan The World
2,811 views 104 downloads
Community Prints Add your picture
Be the first to share a picture of this printed object
0 comments

Count Sergei Yulyevich Witte (29 June [O.S. 17 June] 1849  – 13 March [O.S. 28 February] 1915), also known as Sergius Witte, was a highly influential econometrician, minister, and prime minister in Imperial Russia, one of the key figures in the political arena at the end of 19th and at the beginning of the 20th century.

Witte was neither a liberal or a conservative; he was guided by reason alone. He attracted foreign capital to boost Russia's industrialization. Witte served under the last two emperors of Russia, Alexander III and Nicholas II. During the Russo-Turkish War (1877–78) he had risen to a position in which he controlled all the traffic passing to the front along the lines of the Odessa Railways. As Minister of Finance Witte presided over extensive industrialization and the management of various railroad lines. He framed the October Manifesto of 1905, and the accompanying government communication, but was not convinced it would solve Russians problem with the Tsarist autocracy.

On 20 October 1905 he became the first Chairman of the Russian Council of Ministers (Prime Minister). Assisted by his Council he designed Russia's first constitution. Within a few months he fell in disgrace within court circles as a reformer. He resigned before the First Duma assembled. Witte was fully confident that he had resolved the main problem—providing political stability to the regime, but according to him the "peasant problem" would further determine the character of the Duma's activity.

He has been described as the 'great reforming finance minister of the 1890s', 'one of Nicholas most enlightened ministers', and the architect of Russia's new parliamentary order in 1905. 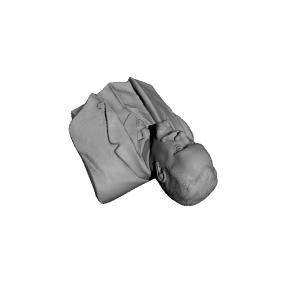 ×
0 collections where you can find Portrait of Sergey Vitte at The State Russian Museum, St Petersburg by Scan The World