3D
Scan The World
1,073 views 46 downloads
Add to collection
0 0
Community Prints Add your picture
Be the first to share a picture of this printed object
0 comments

Simonas Daukantas or Szymon Dowkont (28 October 1793 – 6 December 1864) was a Lithuanian/Samogitian writer, ethnographer and prose historian. One of the pioneers of the Lithuanian national revival, he is credited as an author of the first book on the history of Lithuania written in the Lithuanian language. He also published several books on Lithuanian and Samogitian folklore, and wrote a Polish-Lithuanian dictionary. Daukantas wrote his historical works under the influence of the Romanticism of the time. Daukantas attributed whatever led to the downfall of the Lithuanian Village to the Polish nobility and the ruling class, which became self-interested and weak in adapting folk tales, songs, customs, costumes language and idioms of the Lithuanian people and their language. As an author he published under a variety of pen-names, including, Jakyb Łaukys, K.V.Mylė, Jokūbas Laukys (Jokyb's Łaukys), Motiejus Šauklys, J.Devynakis, Jonas Girdenis, Jonas Raganius, Antanas Žeimys, Jonas Purvys and Antanas Vaineikis, some of them mentioned also in Polonised form. 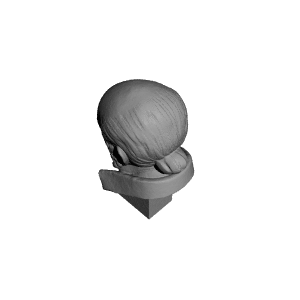