Portrait of the Painter Aurel Bernath

3D
Scan The World
1,716 views 82 downloads
Community Prints Add your picture
Be the first to share a picture of this printed object
0 comments

Portrait of the Painter Aurel Bernath

Aurél Bernáth (1895–1982) was a Hungarian painter. He studied at Nagybánya with István Réti and János Thorma. Bernath fought as a soldier in the First World War. He moved to Vienna in 1921. Bernath's painting style was heavily influenced by the onslaught of German Expressionism. He was invited to Berlin by Herwarth Walden. Bernath shows his work at the Sturm Gallery. Two years later, he returned to Hungary and joined the KUT, become one of the leading figures of the Gresham Circle during the 1930s. He taught at the Hungarian Academy of Fine Arts from 1945 to 1974. From 1848 to 1949, he worked as an editor for the journal of Hungarian Art. After 1947, many of Bernath's writings on art theory were published and became very popular. 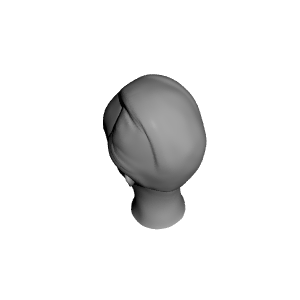