Portrait of the painter Jozsef Rippl-Ronai

3D
Scan The World
1,773 views 52 downloads
Community Prints Add your picture
Be the first to share a picture of this printed object
0 comments

Portrait of the painter Jozsef Rippl-Ronai

József Rippl-Rónai (23 May 1861 – 25 November 1927) was a Hungarian painter. He first introduced modern artistic movements in the Hungarian art.

Later he returned to Hungary, where critical reception was at first lukewarm, but he eventually had a very successful exhibition entitled "Rippl-Rónai Impressions 1890-1900". He believed that for an artist not only is his body of work significant, but also his general modus vivendi, even including the clothes he wore. He thus became interested in design, which led to commissions such as the dining room and the entire furnishings of the Andrássy palace, and a stained-glass window in the Ernst Museum, (both in Budapest). Between 1911 and 1913 his exhibitions in Frankfurt, Munich and Vienna were highly successful. His last major work, a portrait of his friend Zorka, was painted in 1919, and in 1927 he died at his home, the Villa Róma in Kaposvár. 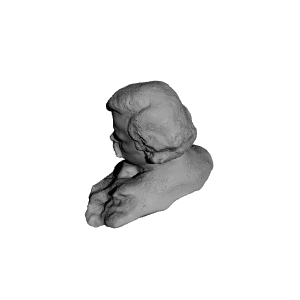