Portrait of the Philosopher Holbah at The State Hermitage Museum, St Petersburg

3D
Scan The World
2,004 views 61 downloads
Community Prints Add your picture
Be the first to share a picture of this printed object
0 comments

Portrait of the Philosopher Holbah at The State Hermitage Museum, St Petersburg

Paul-Henri Thiry, Baron d'Holbach (French: [dɔlbak]), was a French-German author, philosopher, encyclopedist and prominent figure in the French Enlightenment. He was born Paul Heinrich Dietrich in Edesheim, near Landau in the Rhenish Palatinate, but lived and worked mainly in Paris, where he kept a salon. He was well known for his atheism and for his voluminous writings against religion, the most famous of them being The System of Nature (1770). 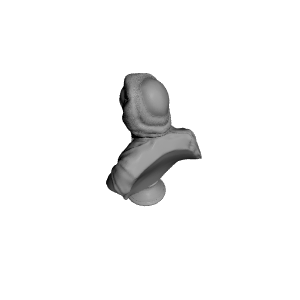 ×
0 collections where you can find Portrait of the Philosopher Holbah at The State Hermitage Museum, St Petersburg by Scan The World