Portrait of the Younger Octavia

3D
Scan The World
1,951 views 240 downloads
1 collection
Community Prints Add your picture
Be the first to share a picture of this printed object
0 comments

Portrait of the Younger Octavia

Octavia the Younger (69–11 BC), portrayed in this statue, was the elder sister of the first Roman Emperor, Augustus (known also as Octavian). She was one of the most prominent women in Roman history, respected and admired by contemporaries for her loyalty, nobility and humanity, and for maintaining traditional Roman feminine virtues. 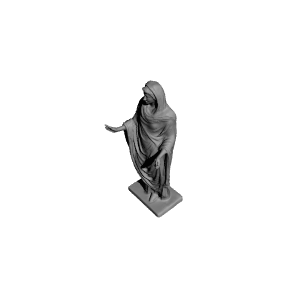