3D
Featured Scan The World
4,578 views 399 downloads
3 collections
Community Prints Add your picture
Be the first to share a picture of this printed object
0 comments

*Colour data is available for this file - Please contact stw@myminifactory.com for access to this. MyMiniFactory are currently working on supporting texture information** 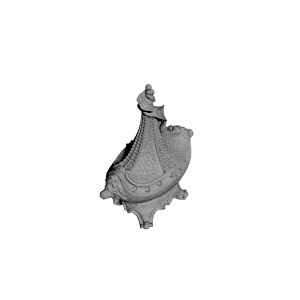