3D
Support Free Scan The World
2,434 views 108 downloads
1 collection
Community Prints Add your picture
Be the first to share a picture of this printed object
0 comments

The Liao dynasty, officially the Great Liao, also known as the Khitan Empire; pinyin: and the Liao Empire, was an empire in East Asia that ruled over Mongolia and portions of the Russian Far East, northern Korea, and northern China properfrom 907 to 1125. The Liao dynasty was founded by Abaoji, Khagan of the Khitan people around the time of the collapse of Tang China. It was the first state to control all of Manchuria.

The Liao dynasty was destroyed by the Jurchen people of the Jin dynasty in 1125 with the capture of Emperor Tianzuo of Liao. However, the remnant Khitan, led by Yelü Dashi, established the Qara Khitai (Western Liao dynasty), which ruled over parts of Central Asia for almost a century before being conquered by the Mongols. Although cultural achievements associated with the Liao dynasty are considerable, and a number of various statuary and other artifacts exist in museums and other collections, major questions remain over the exact nature and extent of the influence of the Liao Khitan culture upon subsequent developments, such as the musical and theatrical arts. 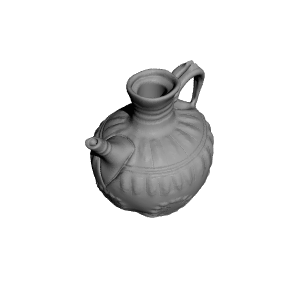 ×
1 collections where you can find Pottery Ewer at The British Museum, London by Scan The World