Pottery figure of a woman holding a child at The British Museum, London

3D
Scan The World
2,283 views 80 downloads
Community Prints Add your picture
Be the first to share a picture of this printed object
0 comments

Pottery figure of a woman holding a child at The British Museum, London

West Mexican potters captured the varied scenes of daily village life with a spontaneity that is unequalled Mesoamerican art. Individual figures of women holding children often formed part of group scenes including ball games, curing ceremonies and domestic activities. Groups of such figures, featuring people of all ages, were interred in tombs of accompany the dead. It seems they were intended to recreate a miniature world world of life after death. 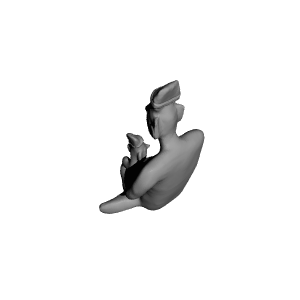 ×
0 collections where you can find Pottery figure of a woman holding a child at The British Museum, London by Scan The World