3D
Support Free Scan The World
1,862 views 89 downloads
Community Prints Add your picture
Be the first to share a picture of this printed object
0 comments

This relief is part of the outside pulpit of the Prato Catherdral, a Roman Catholic cathedral in Prato, Tuscany, Central Italy, from 1954 the seat of the Bishop of Prato, having been previously, from 1653, a cathedral in the Diocese of Pistoia and Prato. It is dedicated to Saint Stephen, the first Christian martyr. It is one of the most ancient churches in the city, and was already in existence in the 10th century. It was built in several successive stages in the Romanesque style. The church contains a number of notable works of art, in particular fine sculpture.

In the early 15th century, a new façade or west front was added in the International Gothic style, in front of the old one. In the space between the two was created a narthex or corridor leading to the external pulpit, built by Michelozzo and decorated by Donatello between 1428 and 1438. The seven original reliefs of the parapet were removed from the pulpit in 1967 and can be seen today in Prato's cathedral museum. 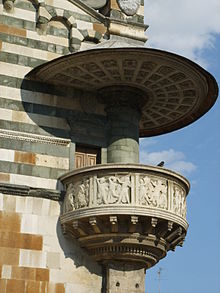 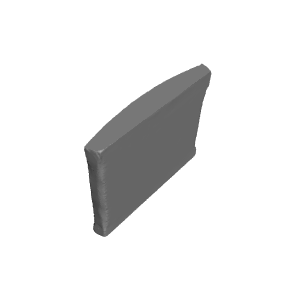