President Gaston Monnerville at the Jardin du Luxembourg, Paris (without base)

3D
Scan The World
2,235 views 79 downloads
Community Prints Add your picture
Be the first to share a picture of this printed object
0 comments

President Gaston Monnerville at the Jardin du Luxembourg, Paris (without base)

Gaston Monnerville (2 January 1897 – 7 November 1991) was a French politician and lawyer. The grandson of a slave, he grew up in French Guiana and went to Toulouse to complete his studies. A brilliant student, he became a lawyer in 1918 and worked with César Campinchi, a lawyer who later became an influential politician. He joined the Radical Party and was elected Deputy from French Guiana in 1932. He was Undersecretary of State for the Colonies in the Chautemps government of 1937-1938. 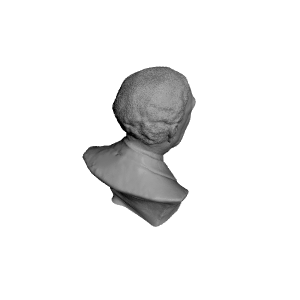 ×
0 collections where you can find President Gaston Monnerville at the Jardin du Luxembourg, Paris (without base) by Scan The World