3D
Scan The World
2,564 views 98 downloads
1 collection
Community Prints Add your picture
Be the first to share a picture of this printed object
0 comments

The Presidential Towers complex presents itself as a series of four nearly identical towers, each a step back from the leader, and spanning two city blocks. Leadership is not a bad attribute with which to brand this development. It was one of the pioneering residential projects in the River West neighborhood. An area that was once seen as nothing more than a ramshackle collection of old brick warehouses in an area known as the Midwest's version of "Skid Row" was seen as an opportunity by its developers. Seen through 21st century eyes, it only makes sense. The towers offer easy access to three major highways, walkable access to the city center, two commuter rail stations, an Amtrak station, and Chicago's growing business core along the Southern branch of the Chicago River. The real question is Why wasn't this opportunity seen earlier? Individually, the buildings wouldn't seem like much -- some generic brown 40-something story towers. But there's strength in numbers. Just as one ceramic kitten is a knick-knack, but a dozen are a "collection." Their staggered formation gives as many residents as possible a shot at seeing the city without having to see their neighbors. 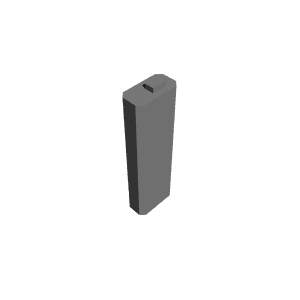 ×
1 collections where you can find Presidential Towers in Chicago, Illinois by jkurstin22