3D
1,919 views 82 downloads
Community Prints Add your picture
Be the first to share a picture of this printed object
0 comments

He was the third born (but second surviving) son of Leopold I, King of the Belgians and his wife Louise d’Orléans (1812–1850). He was born at the Château de Laeken, near Brussels, Belgium.

He was created Count of Flanders on 14 December 1840, and on his 18th birthday in 1855 he received the Grand Cordon of the Order of Leopold.

He was the heir presumptive to the Belgian throne, from 1869 (upon the death of his nephew) until his own death in 1905.

In 1866, after the abdication of Alexandru Ioan Cuza, Prince of Romania, he refused being named the new Romanian sovereign, and the throne was later accepted by Carol I. 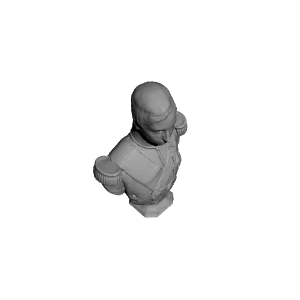 ×
0 collections where you can find Prince Philippe of Belgium by geoffrey.marchal