3D
Scan The World
2,160 views 120 downloads
Community Prints Add your picture
Be the first to share a picture of this printed object
0 comments

Prince Charles-Joseph de Ligne (1735-1814) was a field marshal and also a famous Belgian writer of the 18th century; he was a fun and admired military who travelled to Europe.He even visited Catharina the Great in distant St. Petersburg and died in Vienna. Charles-Joseph de Ligne was a lifelike prince who was received with open arms by virtually all crowned heads of Enlightened Europe. Refined, intelligent and witty as he was, he really charmed the whole evening. Even the nobleman described him as "half-German, Bataafs, Belgian, Teutons, and Barbaric." 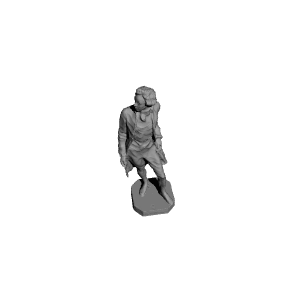