Marcus Aurelius was Emperor of Rome from 161 to 180. He ruled with Lucius Verus as co-emperor from 161 until Verus' death in 169. Marcus Aurelius was the last of the so-called Five Good Emperors. He was a practitioner of Stoicism, and his untitled writing, commonly known as Meditations, is a significant source of the modern understanding of ancient Stoic philosophy, and is considered by many commentators to be one of the greatest works of philosophy.

Such work is typical of the Italian Renaissance: the Italian artists seeked inspiration into their country's glorious past, wanting to attein the same level of their old masters, and erase the memory of the darkness of the Middle Ages. 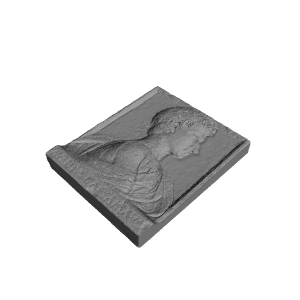