3D
360°
Scan The World
1,248 views 18 downloads
Community Prints Add your picture
Be the first to share a picture of this printed object
0 comments

The broken projectile point was made from Flint Ridge chert is catalogued by 165-G-18. The projectile was located in Carroll county, Indiana. 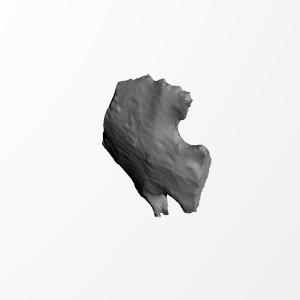