3D
Scan The World
2,236 views 127 downloads
1 collection
Community Prints Add your picture
Be the first to share a picture of this printed object
0 comments

This projectile points were used in throwing spears. They were launched by means of a device called Estólica where one part was used for the launch, while the other was ejected towards the target. They were used to hunt animals like guanacos. It belongs to the site Camarones 14, the oldest of the Chinchorro Culture. 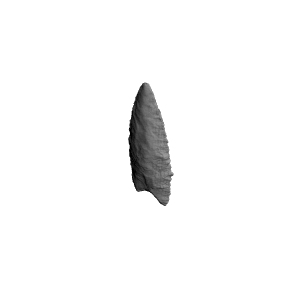 ×
1 collections where you can find Projectile tip by mnhnchile