3D
Scan The World
1,546 views 80 downloads
Community Prints Add your picture
Be the first to share a picture of this printed object
0 comments

This type of character is generally regarded as the figure of a prophet. In the Middle Ages the Old Testament prophets were thought to have foretold the coming of Christ. Their prophecies were inscribed on phylacteries or scrolled texts that they held out before them.

A phylactery is a small leather box containing Hebrew texts on vellum, worn by Jewish men at morning prayer as a reminder to keep the law.

From the chapterhouse portal of La Duarade monastery "Third workshop". 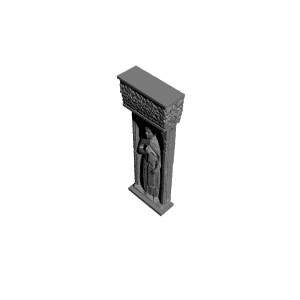