3D
Scan The World
2,682 views 102 downloads
Community Prints Add your picture
Be the first to share a picture of this printed object
0 comments

Drago Tršar ( * 27 April 1927 in Planina in Rakek , Kingdom of Serbs, Croats and Slovenes ) is a Slovenian sculptor. Drago Tršar one of the most important Slovenian sculptors of modernity with international recognition . His abstract sculptures are shown worldwide in numerous exhibitions. He studied 1947-1951 at the Academy of Fine Arts in Ljubljana . In 1961 he became an assistant at the Academy , he became a lecturer and in 1967 in 1974 professor at the Academy . In 1969 he co-founded the artist group " 69 " . Drago Tršar participated in the Venice Biennale (1958 ) and documenta II in 1959 in Kassel . Drago Tršar now lives in Ljubljana . 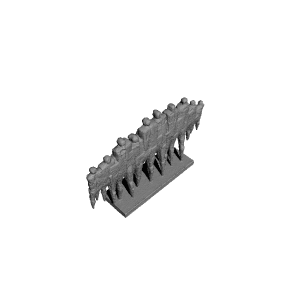