3D
Scan The World
5,415 views 817 downloads
3 collections
Community Prints Add your picture
Be the first to share a picture of this printed object
0 comments

Cupid and Psyche is a story originally from Metamorphoses (also called The Golden Ass), written in the 2nd Century AD by Lucius Apuleius Madaurensis (or Platonicus). It concerns the overcoming of obstacles to the love between Psyche, and Cupid or Amor, and their ultimate union in a sacred marriage. Although the only extended narrative from antiquity is that of Apuleius, Eros and Psyche appear in Greek art as early as the 4th century BC. The story's Neoplatonic elements and allusions to mystery religions accommodate multiple interpretations, and it has been analyzed as an allegory and in light of folktale, Märchen or fairy tale, and myth. 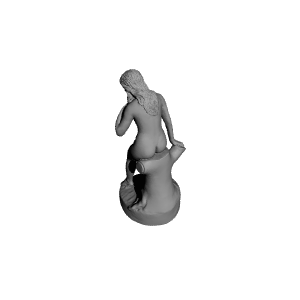 ×
3 collections where you can find Psyche by Scan The World