3D
360°
Featured Scan The World
2,983 views 377 downloads
4 collections
Community Prints Add your picture
Be the first to share a picture of this printed object
0 comments

This is a portrait of Ptolemy II Philadelphos, from a copy at The Museo Archeologico Nazionale in Naples found in the atrium of the Villa of the Papyri in Herculaneum.

Ptolemy was the pharaoh of Ptolemaic Egypt from 283 to 246 BC. During Ptolemy II's reign, the material and literary splendour of the Alexandrian court was at its height. He promoted the Museum and Library of Alexandria. He erected a commemorative stele, the Great Mendes Stela. He also led the Ptolemaic Kingdom against the ribal Seleucid Empire in the first of a series of Syrian Wars that witnessed periodic territorial changes between the two powers in West Asia. 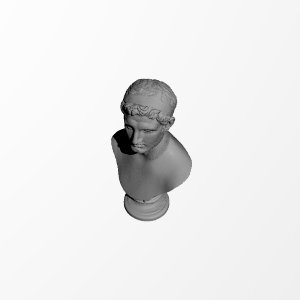