3D
360°
Scan The World
1,107 views 35 downloads
Community Prints Add your picture
Be the first to share a picture of this printed object
0 comments

This marble lectern would have featured on the side of a pulpit in a church. The relief depicted on the front, a tetramorph, features three figures though these carvings are heavily eroded.

A tetramorph is a symbolic arrangement of four differing elements, or the combination of four disparate elements in one unit. Usually four creatures are depicted in the arrangement (though this one only has three), who symbolise the four evangelists:

Matthew is associated with a winged man, or angel. The lion is related to Saint Mark, Luke is represented by an ox, and John the Eagle.

The work was sculpted by an artist from Pisa. 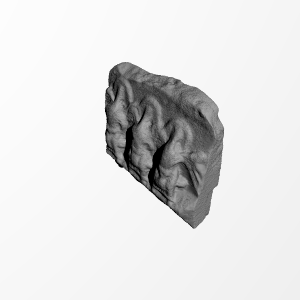