3D
Scan The World
5,732 views 221 downloads
6 collections
Community Prints Add your picture
Be the first to share a picture of this printed object
0 comments

Knife Money is much the same shape as the actual knives in use during the Zhou period. They appear to have evolved in parallel with the Spade money in the north-east of China. The Qi knives are attributed to the State of Qi, and are found in the Shandong area. They do not appear to have circulated much outside of this area. Although there has been considerable controversy concerning the date of their issue, archaeology shows them to be products of the Warring States period. They are known as Three Character Knives, Four Character Knives and so on, according to the number of characters in their inscriptions. Some consider the three horizontal lines and the mark below on some reverses are part of the inscription. The inscription refers to the establishment of the State of Qi. This could have been in 1122 BC, 894 BC, 685 BC, or 386 BC, depending on how one interprets the early histories. 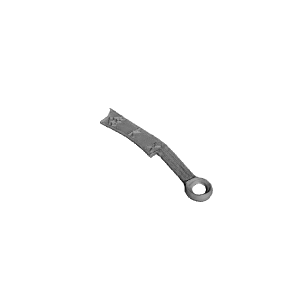 ×
6 collections where you can find Qi State knife money at The British Museum, London by Scan The World