3D
8,037 views 356 downloads
Community Prints Add your picture
Be the first to share a picture of this printed object
0 comments

n Quake 3 Arena, the Rocket Launcher, or "RL", fires powerful rockets. These generate splash damage, which do damage around the rocket's point of impact. The RL is a popular weapon, so expect some resistance when trying to get it. When someone kills someone with a rocket launcher, the game summary will announce something like "Grunt ate Bitterman's rocket." on direct hit kills or "Wrack almost dodged Gorre's rocket." on splash damage kills. 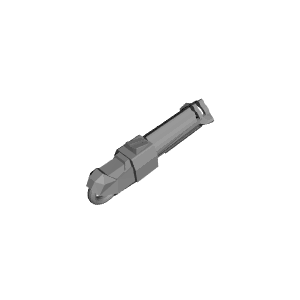