3D
Scan The World
4,912 views 54 downloads
1 collection
Community Prints Add your picture
Be the first to share a picture of this printed object
0 comments

This statue depicts a naval commander named Hor, who lived during the reign of King Psamtek II (595-589 BC). His 'good name' or 'nickname' probably refers to the more famous King Psamtek I (664-610 BC), during whose long reign Hor was likely born. Hor is shown holding - and therefore eternally protecting - a small shrine with an image of the lion-headed goddess Bastet. It was hoped the goddess would protect Hor in return. 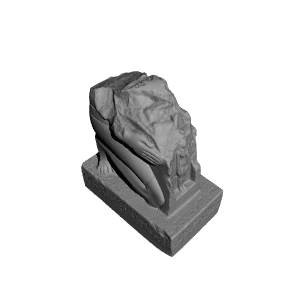 ×
1 collections where you can find Quartzite kneeling statue of Hor, nicknamed Psamtek by Scan The World