3D
360°
Scan The World
1,739 views 147 downloads
1 collection
Community Prints Add your picture
Be the first to share a picture of this printed object
0 comments

Queen Kristina is portrayed with a timeless expression, majestic and idealized but without royal attributes. The hairstyle and the plain dress recall portraits of women from the Roman Imperial era. Kristina was often portrayed all’antica, in the antique style, not least in the many medals struck in her honour. The bronze bust was probably made after the queen’s death. 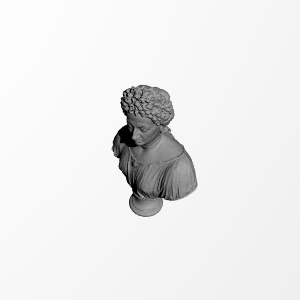