3D
Scan The World
1,055 views 40 downloads
Community Prints Add your picture
Be the first to share a picture of this printed object
0 comments

Mary of Teck became Queen Mary, consort of King George V. She was the mother of kings Edward VIII and George VI, and the grandmother of Queen Elizabeth II.

She was an austere and regal figure, but this made her more, rather than less, admired, and her strong sense of duty and her steadfastness through both world wars earned her an enduring affection. 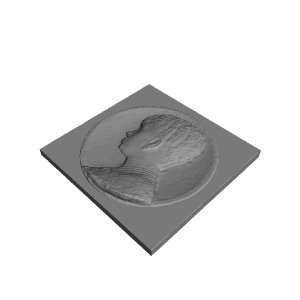