Queen of France at the Luxembourg Gardens, Paris

3D
Scan The World
3,832 views 210 downloads
Community Prints Add your picture
Be the first to share a picture of this printed object
0 comments

Queen of France at the Luxembourg Gardens, Paris

The Jardin du Luxembourg, or the Luxembourg Garden, located in the 6th arrondissement of Paris, was created beginning in 1612 by Marie de' Medici, the widow of King Henry IV of France, for a new residence she constructed, the Luxembourg Palace. The garden today is owned by the French Senate, which meets in the Palace. The park, which covers 23 hectares, is known for its lawns, tree-lined promenades, flowerbeds, the model sailboats on its circular basin, and for the picturesque Medici Fountain, built in 1620. This particular sculpture depicts an unknown female, either a past queen or, more popularly believed to be Marie de' Medici. 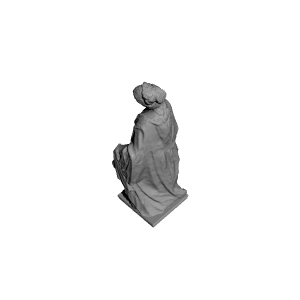 ×
0 collections where you can find Queen of France at the Luxembourg Gardens, Paris by Scan The World