3D
Scan The World
2,242 views 80 downloads
1 collection
Community Prints Add your picture
Be the first to share a picture of this printed object
0 comments

Raoul Gustaf Wallenberg (4 August 1912 – disappeared 17 January 1945) was a Swedish architect, businessman, diplomat and humanitarian. He is widely celebrated for saving tens of thousands of Jews in Nazi-occupied Hungary during the Holocaust from Hungarian Fascists and the Nazis during the later stages of World War II. While serving as Sweden's special envoy in Budapest between July and December 1944, Wallenberg issued protective passports and sheltered Jews in buildings designated as Swedish territory.

On 17 January 1945, during the Siege of Budapest by the Red Army, Wallenberg was detained by Soviet authorities on suspicion of espionage and subsequently disappeared. He was later reported to have died on 17 July 1947 while imprisoned by communist authorities and KGB secret police in the Lubyanka, the KGB headquarters and affiliated prison in Moscow. The motives behind Wallenberg's arrest and imprisonment by the Soviet government, along with questions surrounding the circumstances of his death and his possible ties to US intelligence, remain mysterious and are the subject of continued speculation. 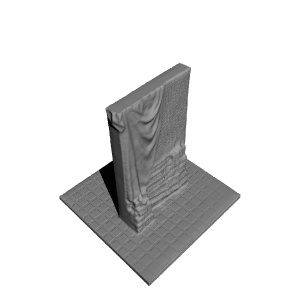 ×
1 collections where you can find Raoul Wallenberg Memorial in London, UK by Scan The World