3D
5,885 views 128 downloads
Community Prints Add your picture
Be the first to share a picture of this printed object
0 comments

This is the original Blaster from the first Ratchet and Clank game on PS2.

Ratchet and Clank were a series of platform games released exclusively playstation acroess a variety of consoles. The games take place in a science fiction setting and follow the adventures of Ratchet (an animalistic human-like character known as a Lombax, who is a mechanic) and Clank (a diminutive, sentient robot) as they travel through the universe, saving it from evil forces on a regular basis. The series is noted for its inclusion of many exotic, unique and over-the-top weapons and gadgets, a concept that Insomniac Games has also expanded into their other games.

"The Blaster is a great all-purpose weapon. Even though its range is limited, its high rate of fire makes it ideal for taking on tough enemies at close and medium ranges." ―Blaster's description found on the game manual 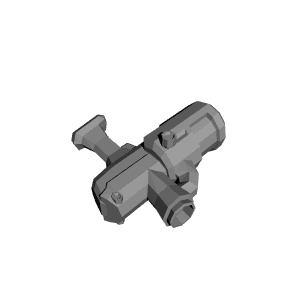