3D
9,149 views 959 downloads
13 collections
Community Prints Add your picture
Be the first to share a picture of this printed object
1 comments

Ravens were a symbol of war in viking culture. It was said that Odin owned ravens and they brought him messages from earth. He was also known as the raven god.

For the second week in a row we got to 3D scan a live animal on set. There are challenges when scanning live objects because they move all the time. But, we got real lucky with the raven because it held still long enough to capture a great 3D Scan. Which we then took into a 3D CAD program and did a little polishing up of the 3D model. We chose to 3D print this in a black photopolymer resin on the Form 2 3D printer because of the higher resolution needed for the raven model. 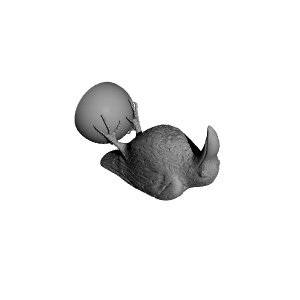